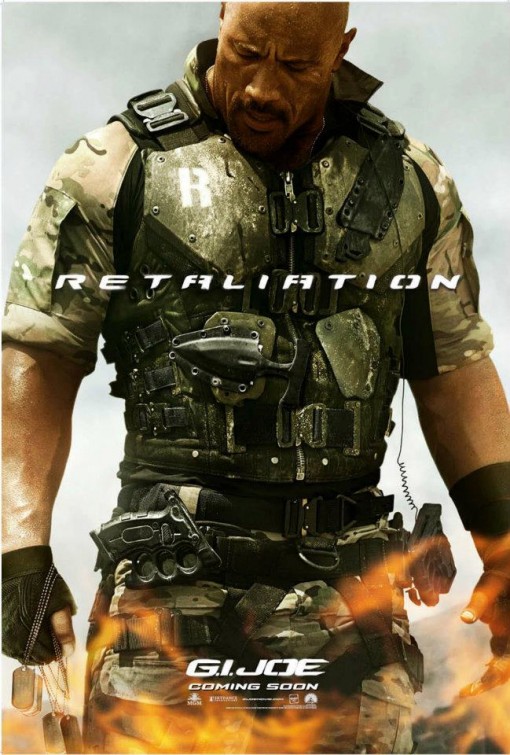 As a product of the late 90’s and early 2000’s, the height of G.I Joe’s popularity fell well before my time. Happily, this detachment allows me to maintain a measure of objectivity, as I have no vested interest in the success of the G.I Joe movies. As contradictory as that may sound (a critique, by definition, being the subjective opinion of an individual) I can say nevertheless that I went into Retaliation with my sight unhampered by nostalgia. Surprisingly, G.I Joe: Retaliation succeeded expectations, and at the end of the day, proved to be a thoroughly enjoyable time at the movies.

Most famous for directing the greatest film in the history of mankind, Step Up 3D, Jon M. Chu takes a shot at this installment in the G.I Joe ethos, adding yet another entry to already labyrinthian franchise. Having never directed an action movie before, Chu does an admirable job, all things considered. It may be worth mentioning, however, that Chu’s background lies mainly with dance, as evidenced by his direction of two Step Up movies, The Legion of Extraordinary Dancers, and two films featuring the antics of Justin Bieber. That being said, it seems more natural then, that many of the choreographed fight scenes in Retaliation seem to be so visually appealing, such as the kung-fu fighting scenes between ninjas Snake Eyes and Storm Shadow. One might ascribe a dance-like quality to the precise and aesthetically engaging way in which the actors fight on-screen.

The film stars Dwayne ‘The Rock’ Johnson (or the Scorpion King, as he will always be known to me), Channing Tatum, Bruce Willis, and a host of others, reprising their roles from the first G.I Joe film. It was nice to see The Rock return to a role in which he really seems comfortable, and I was pleased to see his lackluster performance in Snitch has not impeded him from being the unstoppable action hero badass that he was born to be. Unlike Snitch, Retaliation thankfully incorporates a little levity now and then, as the script knows that it’s supposed to be fun and lighthearted, which is ironic because over the course of the film literally millions of people die. Allow me briefly to get something off of my chest: Channing Tatum has grown into an excellent young actor, and I am quite tired of movies killing him off within the first 20 minutes. Side Effects earlier this year did the same thing. I find it irritating because he featured prominently in both trailers and we were all led to believe that he was actually starring in the production instead of making a 15 minute cameo appearance.

Now, Bruce Willis on the other hand, can stop appearing in movies all together because he’s essentially putting on the same song and dance that we’ve seen for years now. Has anyone else noticed that? He’s becoming increasingly type cast the the grumpy military veteran who just wants to retire. The first half of his career was marked by genuinely interesting roles and varied performances, but nowadays it seems as though he’s said “to hell with it,” and started playing the same character over and over again.

Switching gears now, the plot is all over the place, but it madness stems, not from being incomprehensible, but from simply being ludicrous in the best possible way. Like I mentioned before, Retaliation knows full well that it’s more insane that Kim Jong-Un on nitrous oxide, and it takes that free spirited fun and runs with it. Within the two hour run time, we’ve got ninja battles, the complete destruction of a European capitol, Lee Byung-hun’s glistening abdominals, an exhibition of the RZA’s acting prowess, tanks, guns, explosions, and a rousing game of angry birds.

Director Jon Chu is slated to helm the highly anticipated Masters of the Universe in 2015, and if his handling of Retaliation is any indication, I’m expecting good things. I’m pleased that the producers took a chance on Chu, especially since the film was such a big budget production. All in all, Retaliation is a recipe for fun if ever there was one, with the perfect mix of pulpy action and slick, cool characters.