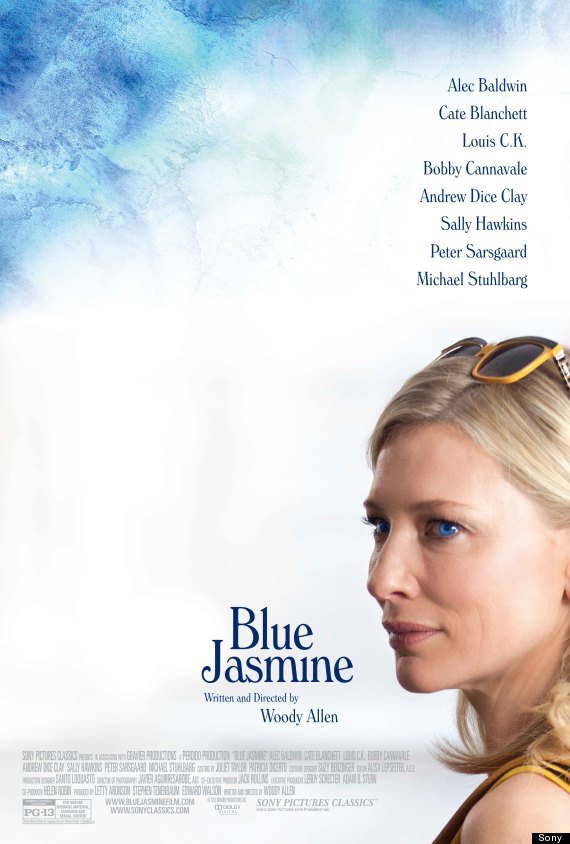 As a fan of Woody Allen’s work, I was put in a difficult position upon the release of his last movie, To Rome With Love. Due to the fact that it was surprisingly pretty lame, I had to decide whether to defend Allen for old time’s sake or to expose his work for the rather lackluster piece that it was. Happily, no such problem exists this time around, as his newest film, Blue Jasmine, represents Woody Allen at his very best.

Written and directed by the man himself, Blue Jasmine incorporates all of the acerbic wit and dry, piercing humor that we’ve come to know and love. After such a long and prosperous career in the film industry, Woody Allen certainly knows what he’s good at, and what he’s good at is crafting some of the most genuinely touching stories about some of the most interesting, well developed characters in cinema today. Not many filmmakers can create such entertaining yet earnest films, all while rejecting the pervasive, cynical tone that seems to be an inherent part of today’s cinematic culture and instead embracing a more humanist, hopeful approach in terms of both tone and story.

Starring Cate Blanchett and Alec Baldwin, Blue Jasmine tells the story of physiologically disturbed Janet/Jasmine (Blanchett) as she copes with her anxiety and her husband’s (Baldwin) infidelities, all while loosing her grasp on her socialite lifestyle. Blanchett, who seemed to be channeling Blanch DuBois incarnate, gave what could be considered the performance of her career, and I would not be surprised in the slightest if she won the Oscar for Best Actress at this year’s ceremony. Blanchett was able to accomplish an incredible feat by portraying the increasingly unhinged Janet as egotistical, obnoxious, entitled, and yet amazingly endearing. Throughout the film, Janet is a character who could best be described as the scum of the earth, but her plight is also profoundly sympathetic at the same time in a testament to both Blanchett’s acting and Allen’s writing.

You may have noticed a moment ago that I compared Janet’s character to that of Blanche DuBois, and indeed, I don’t make such a comparison idly. One would be well within their rights to suggest that Blue Jasmine is this century’s A Streetcar Named Desire, redone with a modern spin. While Blue Jasmine perhaps uses the later as a template, there’s certainly more than enough fresh, new ideas to keep the audience engaged throughout. Case in point, Blue Jasmine is one of the very, very few films this year that made me want to keep watching just to find out what happens next. In a industry so saturated with cliché and predictability, it’s a blessing to find a film with the audacity to break the mold.

In terms of narrative structure and plot progression, Blue Jasmine is also refreshingly unique. The story is told by intertwining two different timelines: that of the present, when Janet’s life has gone to pot, and that of the past, when Janet is enjoying life as a glamorous socialite on her husband’s dime. The assumption would be that such a technique might make the film feel schizophrenic and unfocused, while in reality such a maneuver serves to highlight Janet’s neurotic tendencies and actually works really well within the context of who she is as a character. Afflicted with severe anxiety, Janet is often triggered by a seemingly innocuous word or phrase, and becomes lost in her own tortured thoughts of the past which manifest themselves as flashbacks, virtually without transition, as they are juxtaposed with the ongoing story in the present.

Brilliantly executed and presented, the film is proof that Woody Allen keeps getting better with age, despite some occasional misses. Balanced with earnest, powerful drama and Allen’s trademark wit, Blue Jasmine is a must-see in 2013.

One thought on “Blue Jasmine Review”