Now that the summer blockbuster season has come to a close, it is only a matter of time before the Cannes winner and Oscar hopefully start cropping up in theaters. In anticipation for this, I have put together a list of some of my most anticipated films, and because I am writing for the internet, I have put my choices into a numbered list rather than write them out in no particular order. Links to all of these films can be found in the the comments section. 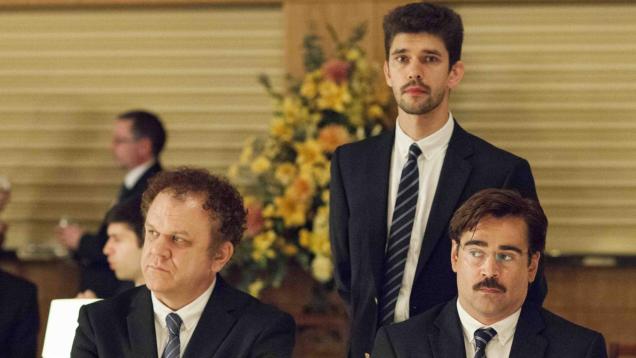 After receiving generally positive reviews, and even winning the Jury Prize during its stint at the Cannes Film Festival this year, The Lobster kicks off this list at number six. An absurdist comedy from the director of Dogtooth, The Lobster tells of a world where if you become single, you are rounded up and sent to a resort, where you have 45 days to fall in love with someone or you will be turned into an animal – though you do have the benefit of choosing which animal it is. The film stars Colin Farrell, Rachel Weisz, and John C. Reilly, in what promises to be one of the best dark comedies, or even comedies, of the year.

Though I will concede that in many ways, this film looks like more of an attempt to win Academy Awards than an actual film, I will watch literally anything Tom Hooper directs.  His films have such a grand theatricality to them, his style seems to run in stark opposition to the cinema-verite school of thought, and the result is tremendous. The Danish Girl stars last years Best Actor winner Eddie Redmayne in this biopic of the first man ever to undergo gender reassignment surgery.

At the height of the Cold War, Tobey Maguire and Liev Schreiber face off as Bobby Fischer and Boris Spassky, the two best chess players in the world. The film seems to focus heavily on Fischer and his psyche, promising to dive into the complex yet mentally fragile man who was once the greatest Grand Master in the world. Hopefully, this marks a star turn for Maguire, where he can finally step up to the plate and become a viable star for similar prestige films.

Cheesy and simple as they sometimes may be, I love Zemeckis films, and from the look of the trailer The Walk will be no exception. A narrative film alternative to Man on Wire, The Walk stars Joseph Gordon Levitt as Philippe Petit, the Frenchman who made global news by spending hours on a wire he set up between the twin towers of the World Trade Center. The trailer frames this film like it would a slick heist thriller, and I am certainly sold. 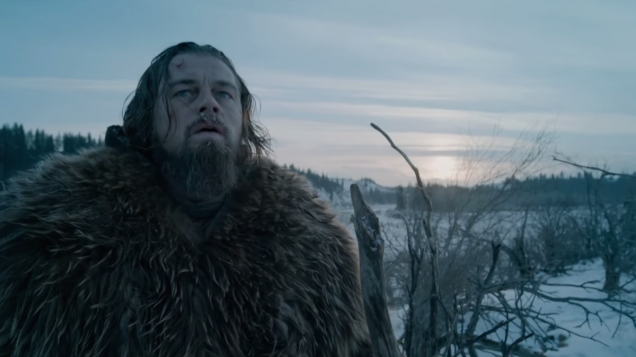 With Birdman sitting pretty at the top of my favorite films of 2014, how could I not include Inarritu’s next film on this list. The trailer keeps many of the plot details intentionally hidden, but instead advertises a feeling tense beauty as Leonardo DiCaprio fights for his life across gorgeous American landscapes. Though I am keeping expectations reasonable as it will be hard to follow such a tremendous previous film, The Revenant will likely be another hit for Inarritu. 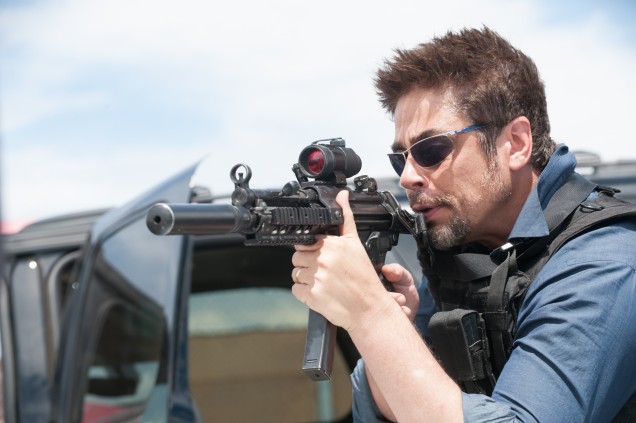 Honestly there is nothing to say about this movie that hasn’t already been said. It looks like an incredibly intense and emotional thriller about the war on drug cartels in Mexico from a director who has already proved himself to be a tremendous filmmaker. Prisoners was a great film, but if Sicario delivers the film that the trailers promise, it could well be the best film of the year.

Returning to the director’s chair after his hit indie film Blue Valentine, with The Place Beyond the Pines Derek Cianfrance proves that he can be considered a truly great, new director. A sprawling two and half hour long epic, The Place Beyond the Pines is a story in three parts that delves into themes of morality, determinism, and closely examines the effects fathers have on their children, and visa-versa. This film is an emotional powerhouse, with a fantastic performance from Ryan Gosling, as well as strong performances all around. Expecting to dislike this movie, I was absolutely blown away by the film.

The film takes place in the small New York town of Schenectady, which interestingly enough is a name loosely taking from a Mohawk word that translates to “Place Beyond the Pines.” The movie first centers on Ryan Gosling as “Handsome” Luke Glanton, a professional and heavily tattooed motorcycle rider who goes city to city with a traveling carnival. However he gives this life up when he is informed that a woman he has slept with in Schenectady is raising his now one year old son. Luke turns to a life of crime and starts robbing banks in order to provide for his newly born son. Bradley Cooper’s character Avery, a police man and moral paragon, is then introduced and the film shifts its focus to a tale of police corruption and Avery’s struggle with it. Finally, the third and most interesting act of the film is about the friendship and conflict between the sons of the earlier protagonists, as they struggle with their respective relationships with their fathers, as well as dealing with the history between Luke and Avery.

While much of the talk about this film has been glowing praise for Ryan Gosling (let’s be honest here, this is nothing new, he’s great), the acting all around is pretty excellent. Specifically, Eva Mendes’s portrayal of Luke Glanton’s poverty stricken baby mama is a step away from her usual roles, as well as a highlight of the film. However, some of the best acting in the film comes from Dane DeHaan, who is likely best known as the lead in last year’s found footage superhero flick, Chronicle. As Luke’s 17 year old son, DeHaan is tragic and compelling, bringing a much needed emotional center to the latter half of the film.

What makes this film achieve a level of excellence, however, is not the acting but rather the thematic through lines of the film. The film is ambitious in its approach to tackling issues of paternal relationships, as well as morality, which raises an interesting conversation about how morality relates to cultural standards and laws. At the same time, the film does a perfect job of not overextending thematically, by which I mean the film doesn’t try to tackle anything that was too lofty to wrap up by the end. This movie leaves the viewer with a desire to ponder the films themes, without leaving any serious unanswered questions. It’s a hugely emotional film, as well as a film with just the perfect amount of depth. I could not recommend this film more highly.

I am not sure if I’m the only person who felt this way, but I had almost no interest in seeing this movie.  An action movie almost entirely on bikes? I have to admit the idea didn’t exactly grab me as something that would be “cool”.  But I am here to tell you that two people chasing each other on bikes can be pretty damn spectacular.  Sure it’s a little ridiculous when you get right down to it, but Premium Rush walk the line between cheesy and badass pretty skillfully, only faltering when forced to provide a plot to justify all of that said badassery.

Wilee (Joseph Gordon-Levitt) is one of New York’s best bike messengers, a profession that falls somewhere on the spectrum between adrenaline junkie and mailman.  Things take a turn for the worst when Wilee discovers that a man named Bobby Monday (Michael Shannon) is after a package that he’s carrying, turning the movie into a high speed game of cat and mouse as Wilee rockets down New York city streets while trying to avoid Bobby and figure out why everyone seems to be after him. The plot isn’t anything that special, but in reality it doesn’t actually have that much of an impact on the movie.  If you’re going to a movie called “Premium Rush” for some kind of plot driven intellectually stimulating film, then you’re probably making a poor decision.

Although overall I did like the movie, I will admit I didn’t care much for the acting. Michael Shannon’s character may have just been poorly written, but I just didn’t think he does that great of a job regardless of his tremendous acting abilities.  Even Joseph Gordon-Levitt, the man who has supposed to anchor this film, was pretty hit or miss when you look at the film as a whole.  To be quite honest this is in many ways a pretty silly film, and whenever it tried to take itself seriously, my level of entertainment definitely took a hit.

In many ways, the cycling was the only thing I really liked about this movie.  However, this film had the good sense to realize this and jam-pack about every conceivable thing you could do with the concept in it’s slim 91 minute length. Bike races, bike and car chases, and a few thinly veiled excuses to pull off some very impressive tricks and stunts. Needless to say, it’s hugely entertaining, even for someone who doesn’t know or want to know anything about cycling.

Even with all of its flaws, I can comfortably say that this film is a success.  Bike messengers may not be the most inherently fascinating subjects, but David Koepp does a commendable job of making it interesting and capturing the essence of what seems to be one of the craziest jobs in the world.  I only wish they would let him direct the Tour De France.