This week on High and Low, we cover the filmography of one of the most talked about and beloved directors of the last 20 years, Paul Thomas Anderson.

Thoughts or opinions about the podcast? Want to share your favorite/ least favorite Paul Thomas Anderson films with us? Feel free to comment, follow us on twitter at Simply_Film, or emails us at simplyfilmreviews@gmail.com! 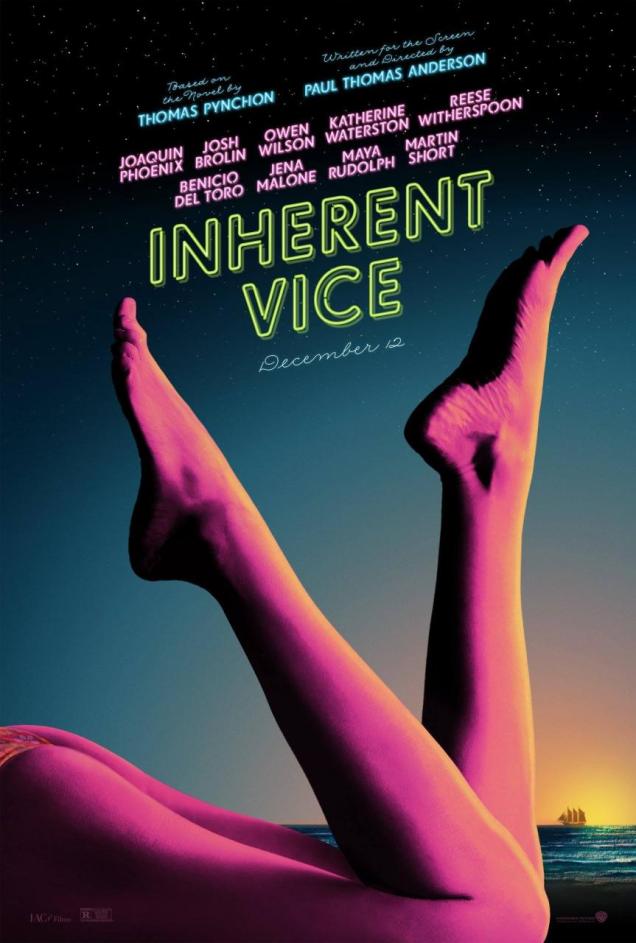 As anyone who knows me can attest, I have a constant, raging hard-on for Paul Thomas Anderson and his work, to an extent, I’m afraid, that might make my critique of his newest film, Inherent Vice, rather more subjective than usual. Be that as it may, I really tried to go into the movie (I think I’ve seen it three times now) without too may preconceived notions or expectations—a futile effort, it transpires, as Inherent Vice is a film that defies all expectations before laughing in the face of that expectation and then slamming it’s head in a car door.

Mr. Anderson, Mr. Anderson, why do I love you so? In large part, I think it’s the way he consistently defies any traditionally held perceptions of who and what we think an otherwise archetypical character might be, and eschews any pretense as far as how you think a traditionally noir/romance/comedy/crime drama ought to work. And indeed, the film is all of these and more, somehow miraculously hitting the bulls-eye at every turn. Adapted from Thomas Pynchon’s 2009 novel of the same name and written for the screen by Anderson himself, Inherent Vice incorporates all the trademark humor (visual gags, one-liners, etc.) that we’ve come to expect from this legendary director. I have no reservations about calling the film one of the hands-down funniest of the year, and there’s an underlying element of pseudo-surrealism that flows throughout, which work in tandem to give the audience a kind of contact-high as they spend more and more time in the drug-crazed, neon-saturated underbelly of the fictional Gordita Beach, California.

The films stars Anderson-verse veteran Joaquin Phoenix as the film’s protagonist, drug-addled private investigator Larry “Doc” Sportello. Phoenix, playing what is essentially this generation’s version of “The Dude” perfectly pulls off the effortless yet slightly harassed affectation of a hapless hippie suddenly finding himself in a world of incredible violence that he doesn’t fully understand. Josh Brolin also makes an appearance as the raving-mad LAPD officer Lieutenant Detective Christian “Bigfoot” Bjornson and, in one of those instances that the audience can tell that the actors are having a really good time onscreen, the casting simply couldn’t be better. There are cameo appearances abound as well, including the always-excellent Benicio del Toro as the reliable yet eccentric Sauncho Smilax, Esq. as well as a memorable a surprising appearance by Martin Short as coked-up Dr. Rudy Blatnoyd.

Inherent Vice is one of those movies that get better with age—and with multiple viewings. To suggest that the film is dense is an understatement, as there are often so many things happening in a single frame that scenes often get disorienting and overwhelming really quickly. In that respect, the jam-packed onscreen atmosphere serves to emphasize the tumultuous, confusing, and chaotic world that these characters are living in, without overburdening the audience with unnecessary expository dialogue. Anderson continues to be one of—if not my favorite—director because he’s a master the old cinematic storytelling essential, “show; don’t tell.” Accordingly, the film is visually stunning, as is to be expected with cinematographer Robert Elswit, having worked on every P.T. Anderson production to date, save Hard Eight.

The earlier comparison to The Big Lebowski was not made idly, either. Like the legendary Coen Brothers production, the plot of Inherent Vice is damn near impossible to follow upon your first viewing; thought like The Big Lebowski, the point of the film is not in the destination, but the journey. While I absolutely understand the frustration that some audience members may experience after having watched the film and feeling almost completely in the dark concerning the mystery the characters were supposed to be uncovering, I highly recommend that those folks go back and see the movie a second time, if the opportunity presents itself. There are so many nuances and details within details that one would have to watch the film a hundred times before worrying about it becoming stale, but the fact is that with every successive viewing, the appreciation for both Pynchon and Anderson’s storytelling chops will grow in equal proportion.

I could write volumes about how Inherent Vice is one of the most unique and engaging and just plain entertaining movies out right now, but, to be frank, this is one experience that you’re just going to have to see for yourself to believe.

As the third illustrious member of our merry crew, I’m expected to give you lovely people my three favorite movies of the year, and being the responsible man that I am I’m going to do exactly that. So prepare your minds for some genuine cinematic excellence, and remember to leave all of your comments below. 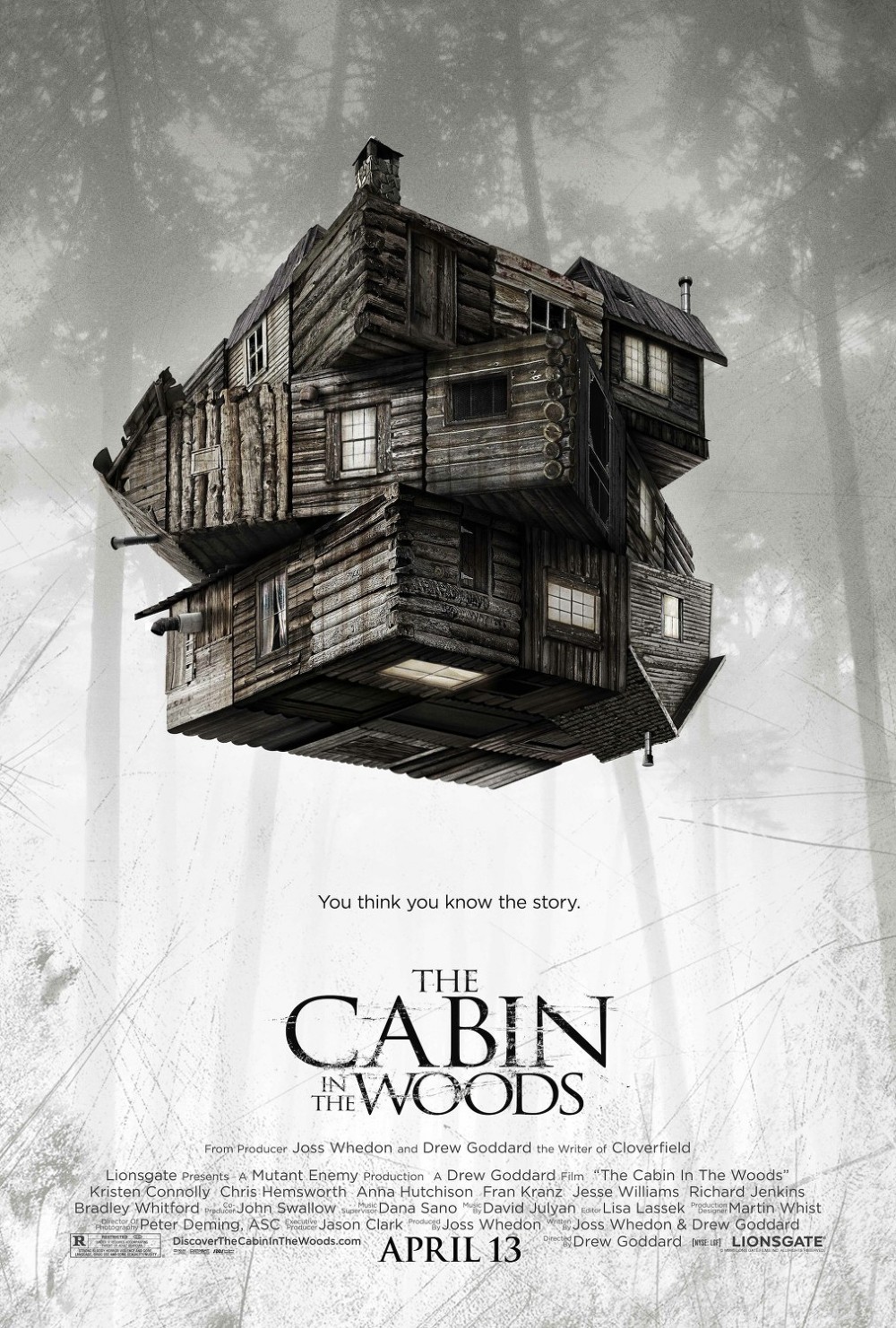 3. The Cabin in the Woods

There are few films I can say just fill me with pure joy. They reduce me to a state of unadulterated glee from which nothing can take me. Cabin in the Woods is one of these films. It may at first seem like a generic slasher flick, but in reality, it’s one of the most imaginative, creative, and brilliant horror film I’ve seen in years. There’s little more I can say other than that I left the theatre with a smile plastered to my face and in utter awe.

Monsieur Lazhar is a film about death and the ways we deal with it. It shows us a fourth grade class dealing with the cryptic suicide of their homeroom teacher, and Bachir Lazhar, who takes it upon himself to replace that said teacher. At first glance this may seem like the typical teacher-saves-troubled-kids movie, but it’s much more than that. There is an irrefutable emotional reality here that gives it a profundity found in very few films. I just couldn’t help but be drawn into this touching and beautiful portrait of grief.

1. Once Upon a Time in Anatolia

I will not deny the fact that this is a difficult film. At a goliath two and a half hours, it’s hard to imagine how this movie could be worth it. But, I assure you that this will be hands down the greatest experience you will have all year. Under the guise of a conventional police procedural this is actually a remarkable exploration of truth and perception in the face of a morally gray world. Nuri Bilge Ceylan, the director, gives us a film that, on a purely visual level, may even surpass Prometheus. Sure it’s challenging, it’s slow, it’s long, it’s obtuse, but I do not doubt for a moment that the reward is worth the challenge. So if you feel up to it you won’t be disappointed, and if you don’t, well, you’re missing something truly amazing.

Most Anticipated: The Master

Paul Thomas Anderson ranks among my favorite directors of all time. For a reason look no further than his incredible filmography. He’s responsible for masterpieces such as There Will Be Blood, Punch-Drunk Love, and Boogie Nights, and now he wants to make a film about Scientology. Not to mention that he’s casting Philip Seymour Hoffman as a pseudo-L. Ron Hubbard. So, in summation, P. T. Anderson: please take my money now.